The story behind “Keep Calm and…” And now we now the rest of the story!

I personally have wondered where the

slogan came from and why it was so popular. And now we know, thanks to a blog from Michael Drew. Michael is an author and has a great website, Pendulum in Action.   Make sure to watch the video on YouTube (link below).

Below is a reblog from Michael Drew, co-author of the book Pendulum.

THE ORIGIN OF A MEME: KEEP CALM AND CARRY ON

If you’ve spent much time on social media recently, you’ve no doubt seen the popular “Keep Calm and Carry On” meme and all its variants. But what you may not know is that this popular meme has an interesting history.

Hailing from our last “We” cycle during WWII, this the simple words “Keep Calm and Carry On” were put in print by the British Government in 1939 as part of a series of propaganda posters. These posters were designed to inspire hope and courage during the unavoidable difficulties associated with living in a world that is at war.

Topped by the image of the crown of King Henry VII, these posters, with their handsome typeface and simple color palette were difficult for the enemy to counterfeit. One of three posters in this inspirational series was never publicly released during the war. It remained unseen by the public until the copy turned up in ended in a bookstore called Barter Books  in the northeast corner of England in 2000.

Stuart and Mary Manley, owners of the bookstore framed the poster and hung it on the wall. Bookstore patrons were so enchanted by the poster that a year later the bookstore began to sell copies.

The next time you see the “keep calm” meme online, whether a Gangnam Style, Grumpy Cat or Yoda rendition of this iconic image, remember that this is a voice from the past, the voice from another “We” cycle when people shared similar values, represented in this simple and timeless design. A voice that shares a message of comfort during difficult times. For many modern versions, of course, the advice isn’t as pressing as that during wartime, but the poster’s advice has held through subsequent social cycles.

You can even make your own version of this meme, or browse through the galleries. Do you have a favorite version of the Keep Calm meme? Please share it below. 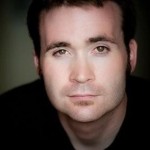 View all posts by Michael Drew

Tagged as: keep calm and carry on

I help people buy and sell real estate in Oregon and California. I want to be the resource for all your real estate needs. If you have a question or even a comment - please feel free to call, email or even text. I take my customer service seriously. Visit my websites at www.GreatOregonHomes.com and www.GreatMontereyBayHomes.com
View all posts by terriwoods →
This entry was posted in Just For Fun, Santa Cruz County Real Estate and North Monterey County Real Estate and tagged Just for Fun, Keep Calm and Carry On, Michael Drew, Santa Cruz County Real Estate, Terri Woods Real Estate, www.GreatMontereyBayHomes.com. Bookmark the permalink.